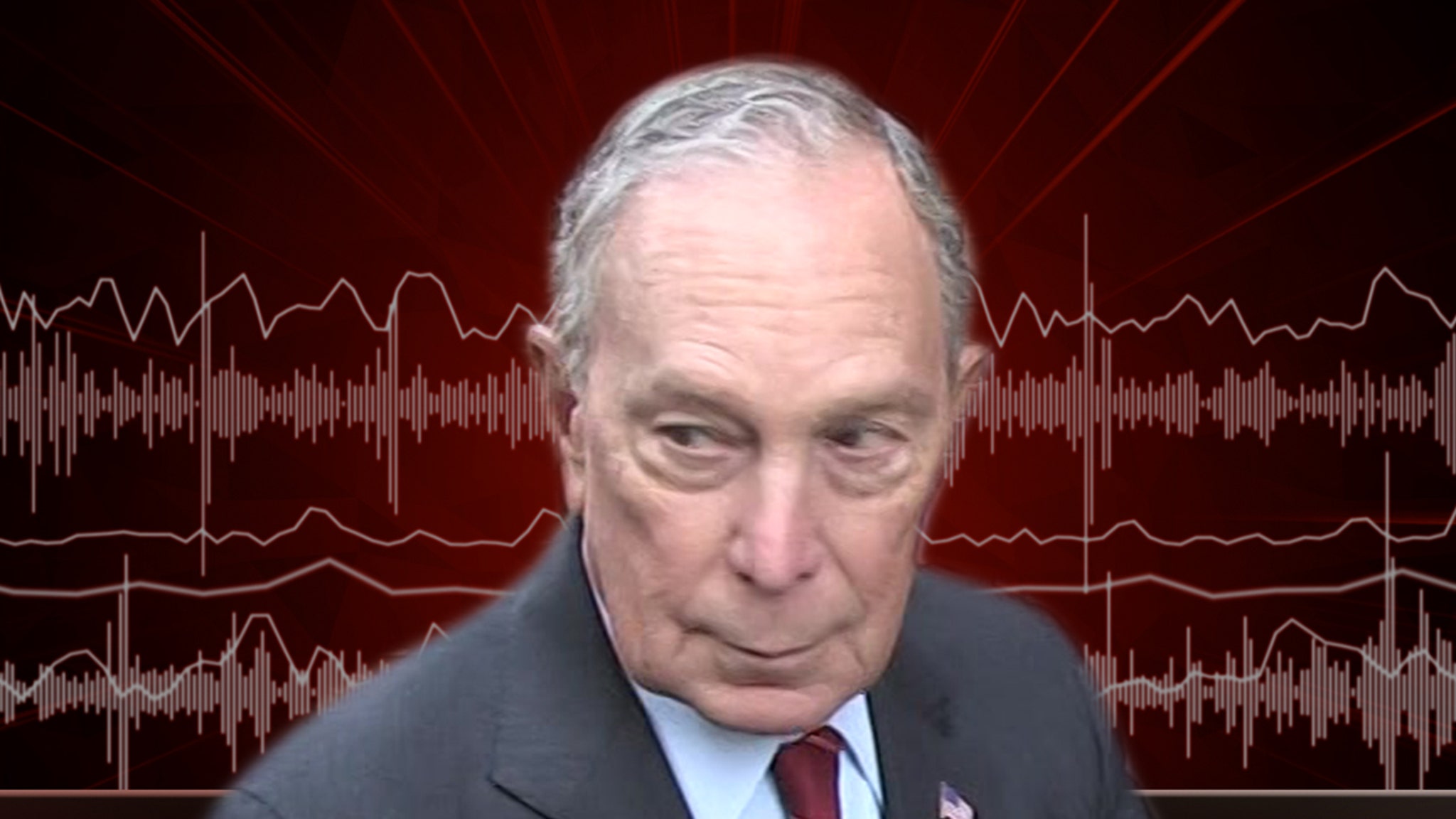 10:34 AM PT — Bloomberg is providing some context to the audio clip, and also firing back at President Trump. He says, “I inherited the police practive of stop-and-frisk, and as part of our effort to stop gun violence it was overused. By the time I left office, I cut it back by 95%, but I should’ve done it faster and sooner. I regret that and I have apologized — and I have taken responsibility for taking too long to understand the impact it had on Black and Latino communities.”

He also points to reduced incarceration stats in NYC during his time as Mayor. Then Bloomberg turned his ire toward POTUS, saying, “President Trump inherited a country marching towards greater equality and divided us with racist appeals and hateful rhetoric.

He also specifically addressed Trump’s tweet — “The President’s attack on me clearly reflects his fear over the growing strength of my campaign. Make no mistake Mr. President: I am not afraid of you and I will not let you bully me or anyone else in America.”

Audio of Mike Bloomberg defending stop and frisk policing against minorities has the Presidential hopeful on the ropes, and it’s drawing one particularly rich shot … from President Trump.

The audio is reportedly from a 2015 speech the former NYC Mayor gave for the Aspen Institute … where he discussed police targeting minorities, and flat-out said … it’s the best way to get guns off the streets.

Bloomberg said, “95% of your murders, murderers and murder victims fit one M.O. You can just take the description, Xerox it, and pass it out to all the cops. They are male, minorities, 16-25. That’s true in New York, that’s true in virtually every city.”

The billionaire went on to explain that the majority of police officers are deployed in minority neighborhoods “because that’s where all the crime is. And the way you get the guns out of the kids’ hands is to throw them up against the wall and frisk them.” He said it’s the best way to deter kids from carrying weapons because they won’t want to get busted.

Of course, the Democratic candidate for Prez is getting skewered on social media … and that includes a shot from the Commander-in-Tweet. Early Tuesday President Trump retweeted the audio with the caption, “WOW. BLOOMBERG IS A TOTAL RACIST!” 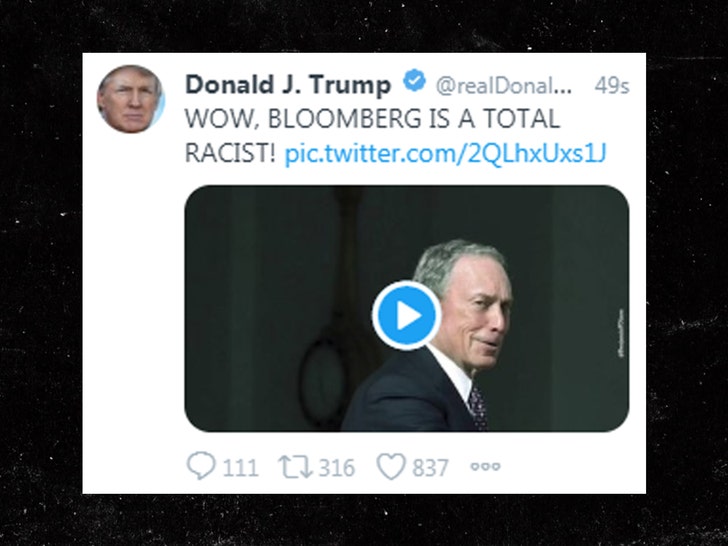 If that hits you as kinda hypocritical, apparently it also did for someone in the White House — who might have reminded Prez Trump about his immigration policies — or the fact he himself has publicly supported “stop & frisk.” The tweet was deleted.

We’ve reached out to Bloomberg’s campaign … no word back yet.