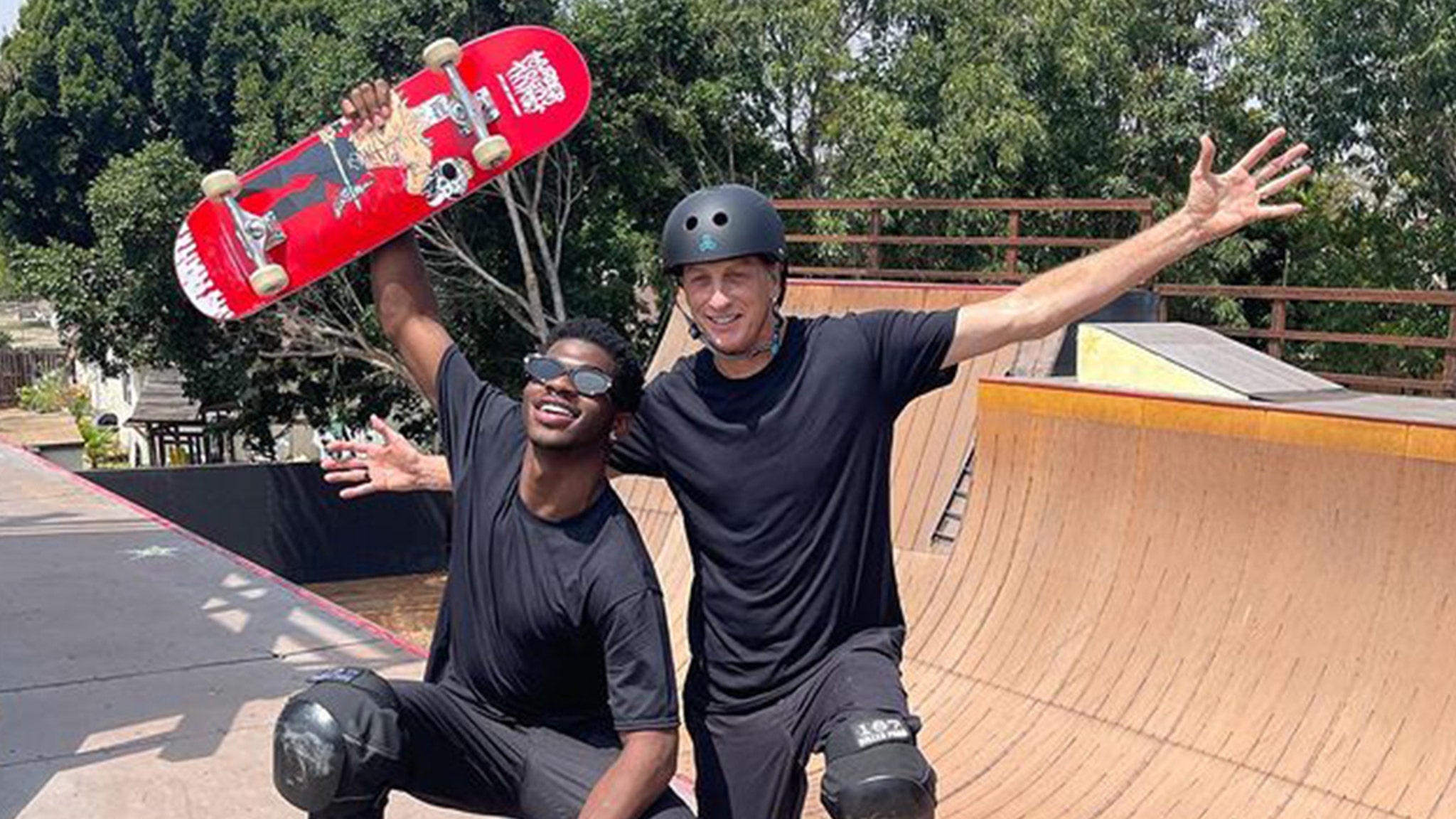 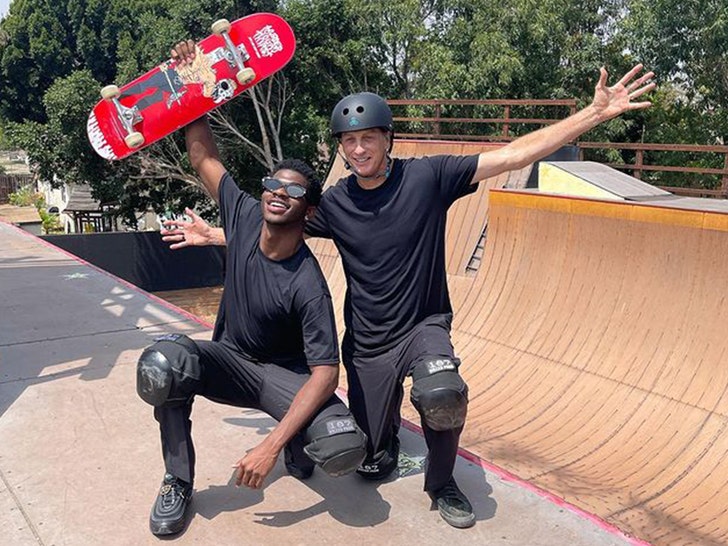 Lil Nas X wants the world to know he has no beef with Tony Hawk — ’cause the rapper hung out and skated with the legend … just days after calling out the double standard between his Satan shoes and Hawk’s blood-painted skateboard.

Of course, Hawk teamed up with Liquid Death to sell limited edition “Blood Deck” skateboards painted with his blood earlier this month … which was met with not nearly as much backlash as LNX’s kicks with bloody soles.

While Hawk’s boards aren’t laden with satanic imagery, LNX’s shoes are … but he still felt the outrage was actually for another reason, not the fact that they were demonic as hell (ha). 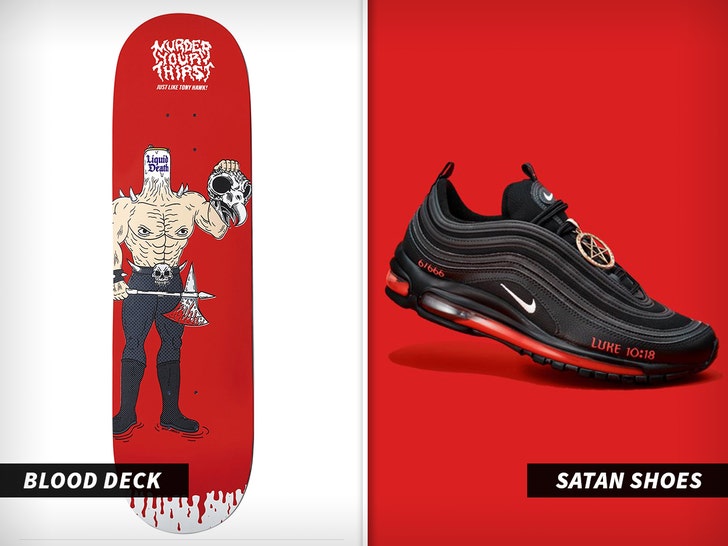 “Now that tony hawk has released skateboards with his blood painted on them, and there was no public outrage, are y’all ready to admit y’all were never actually upset over the blood in the shoes? LNX said on Twitter, “and maybe u were mad for some other reason?”

But, the two made it clear they are not about to get in an all-out bloodbath over the controversial items … with LNX rocking his Satan Shoes and Hawk holding his blood board as they posed for a pic!!

Hawk even came up with a clever name for the duo … saying, “blood brothers?”

Hawk and LNX made a TikTok together … with the artist pretending to ride down a halfpipe.

Despite the outrage over the blood, the guys aren’t doing anything too groundbreaking — after all, legendary guitarist Steve Vai did this way back in 2000 with his “JEM Y2K DNA” models, which are super collectible and painted with his own blood, too.

Maybe Hawk and Lil Nas X can bring him along for the fun next time??