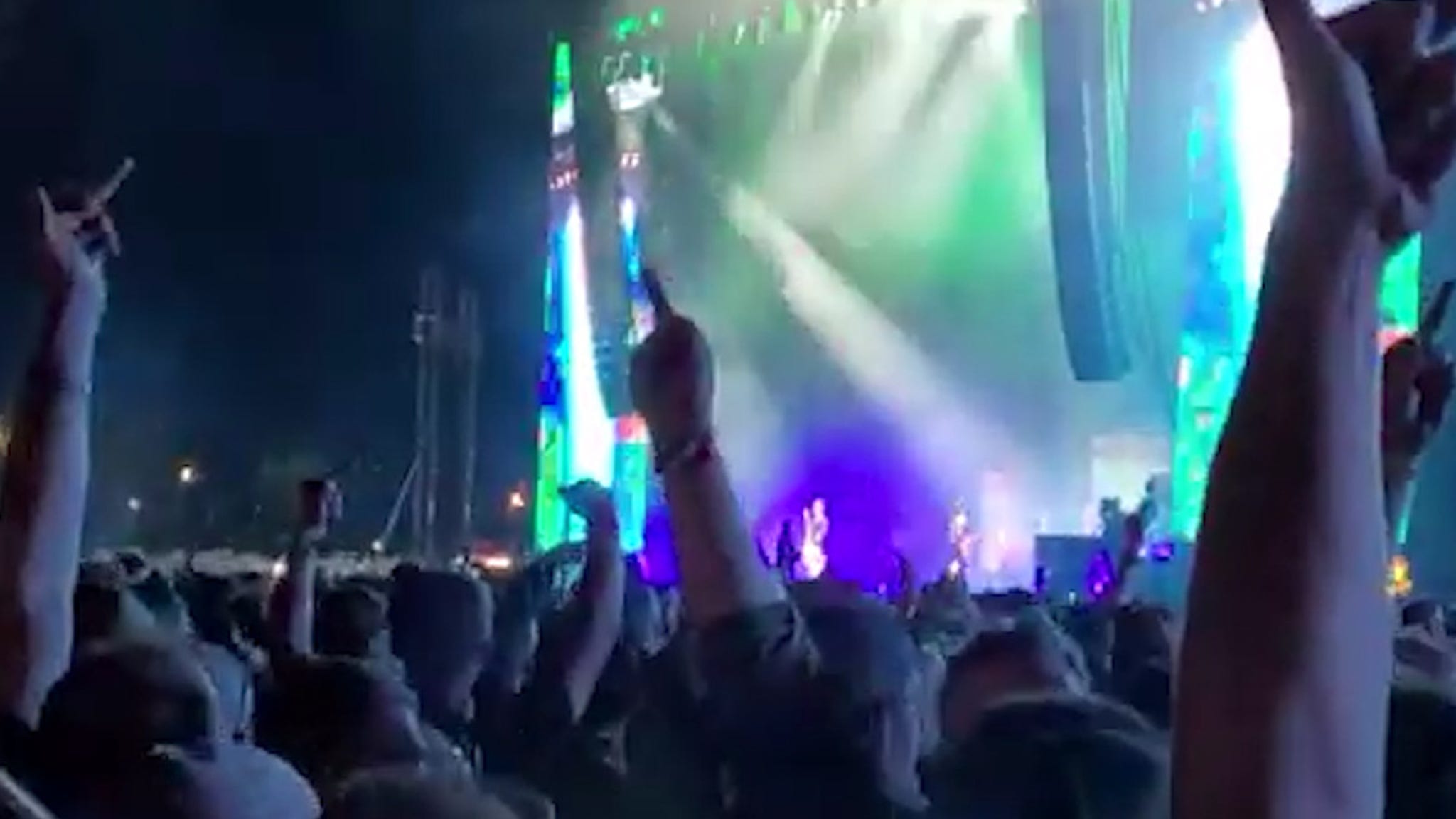 11:26 AM PT — Machine Gun Kelly is pushing back on the idea that he was getting nothing but hate at Louder Than Life.

i don’t know why the media lies in their narrative against me all the time but all i saw was 20,000 amazing fans at the festival singing every word and 20 angry ones. https://t.co/hcjJ3LCfKU

He writes, “i don’t know why the media lies in their narrative against me all the time but all i saw was 20,000 amazing fans at the festival singing every word and 20 angry ones.”

10:15 AM PT — Looks like there was more one-on-one interaction with the audience last night than we previously thought — because there’s video of MGK apparently trying to squabble with concertgoers.

Check out this video … it seems to be toward the end of his set as he’s being ushered off. He gets near some folks in the front row, and suddenly … he’s charging at them, with his security team pulling him back. You can also hear someone scream, “F*** him up!”

Yeah, the LTL crowd definitely doesn’t dig him. Not at all.

Machine Gun Kelly got an earful Saturday night at the Louder Than Life Festival in Louisville, Kentucky, when the fans turned on him and began booing and flipping him off.

Check out the video … the fans unleash on MGK. As for why … well, maybe a couple reasons. First, a lot of metal/rock fans aren’t happy he went from rapper to rocker. It’s partly a purist thing, and partly shade that maybe he pivoted to rock out of necessity.

The second reason — MGK trashed Slipknot recently, saying he was happy to not be a 50-year-old wearing a mask. Corey Taylor of Slipknot was the target, and MGK wasn’t done with him, claiming Corey did a verse for MGK’s album, “Tickets to My Downfall” but, as MGK put it, “it was f**king terrible,” so it was 86’d from the album.

I don’t like people airing private shit like a child. So this is all I’ll say: I didn’t do the track because I don’t like when people try to ‘write’ for me. I said NO to THEM. So without further ado…. #receipts
This is all I’m going to say about it. pic.twitter.com/pkhweg1Ptn

Corey proceeded to own MGK with receipts in the form of email screenshots, in which it was pretty clear — MGK loved Corey’s track but it was Corey who passed.

Anyway … a good time was had by some.