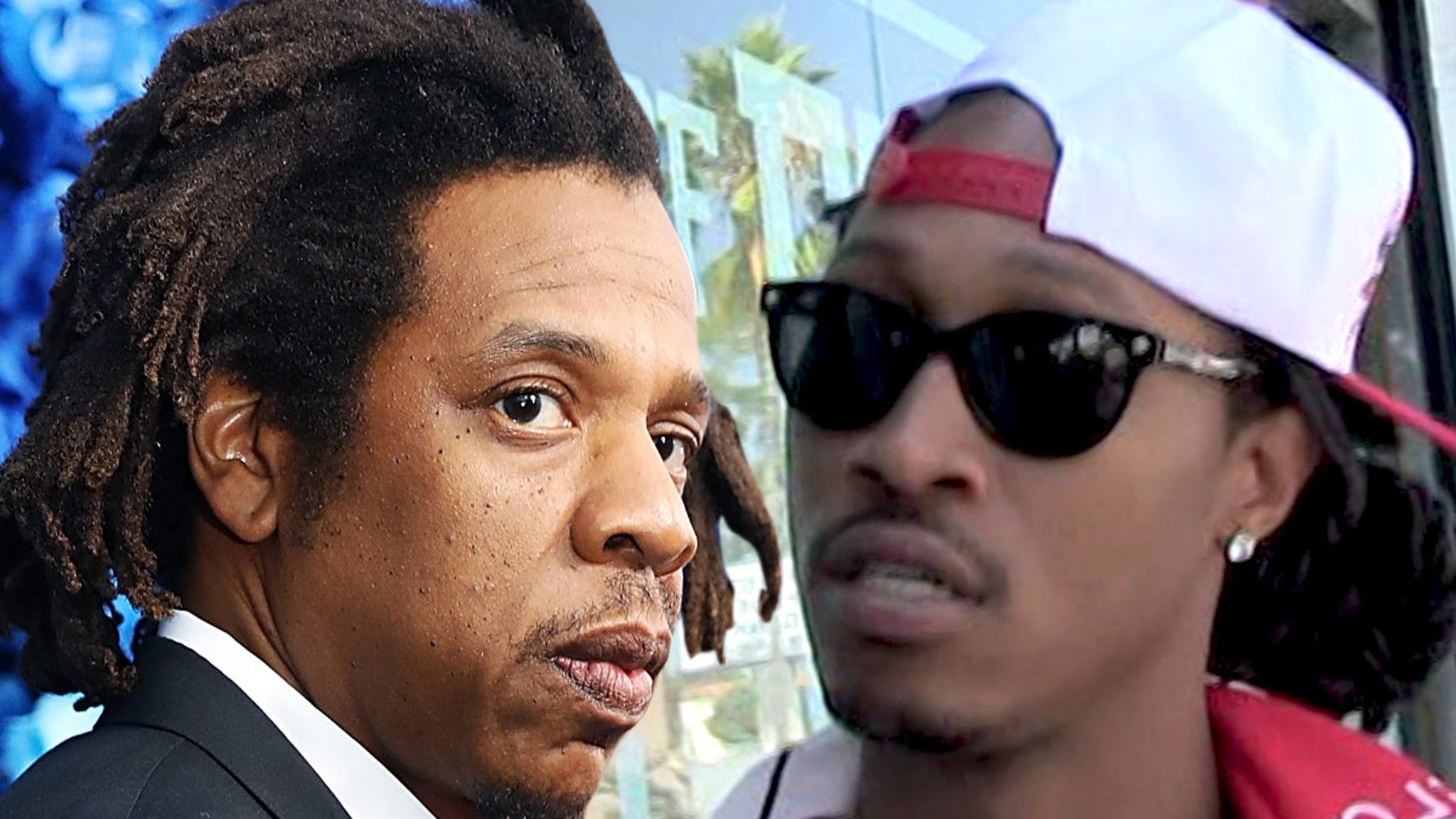 Jay-Z may be a rap icon, but he doesn’t carry as much weight with today’s average hip-hop head like he used to, especially compared to someone like Future — so says … well, Future.

Mr. Hendrix himself made the bold statement this weekend — going on a little tweet spree to declare he’s not only bigger than Jigga in the streets but that he’ll run up a B (billion) perhaps even faster and easier than Jay did. The latter hit the mark (per Forbes) in 2019.

In the streets im bigger then jigga. Ima run me a B up easy.

In addition to his Jay-Z tweet, Future had other things to say, including … “Everything I do legendary or it want get done. Tuh,” as well as … “I’m the only one can get YE to pull up whenever wherever..tuh.” And let’s not forget … “100M’s not the goal anymore.”

Sounds like Future was on one for whatever reason, and wanted to puff his chest a bit. Still, that original claim of his — that he’s “bigger” than Jay — is getting A LOT of pushback … and at the same time, some agreement as well.

Of course, lots of users responded … giving Future the virtual side-eye and even laughing him off. Even at Jay’s billionaire status — many say Future will never have the pull (not to mention the music bona fides) that Shawn Carter has … and to compare is ludicrous.

One person pointed out Jay’s accolades (there are many) … while openly wondering why it’s become fashionable for modern-day rappers to size themselves up against living legends.

Jay-Z is literally the epitome of a household name & persona + the accomplishments I mentioned. Idk why it’s a trend to minimize how huge that man is all of a sudden 😭.

And yet … there’s a small handful of folks who actually seem to agree with Future, saying … yeah, the guy IS actually bigger than Jay (in the streets), suggesting HOV simply doesn’t have the street cred/influence on the culture from the ground floor … like he once did.

Interesting take … and is obviously up for debate. Sounds like that argument boils down to relevance, and to whom it applies. We can acknowledge Future’s music does tend to be popular (among the youth) today and generally performs better on the charts than recent Jay-Z releases.

Is Future Actually “Bigger” Than Jay-Z???

So, perhaps, this all boils down to perspective … and interpretation of the premise. But we gotta ask anyway … does Future and his supporters have a point here?