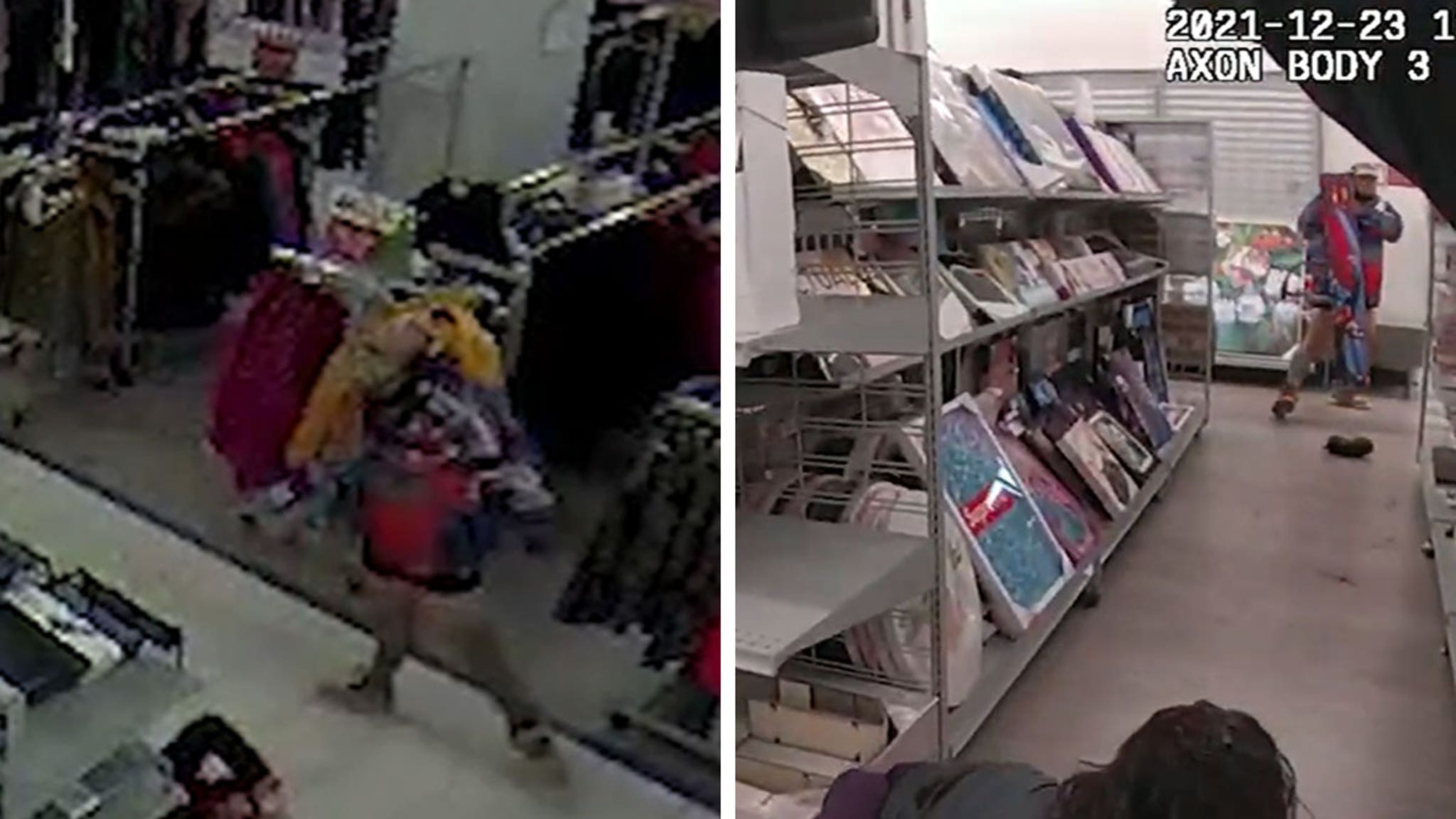 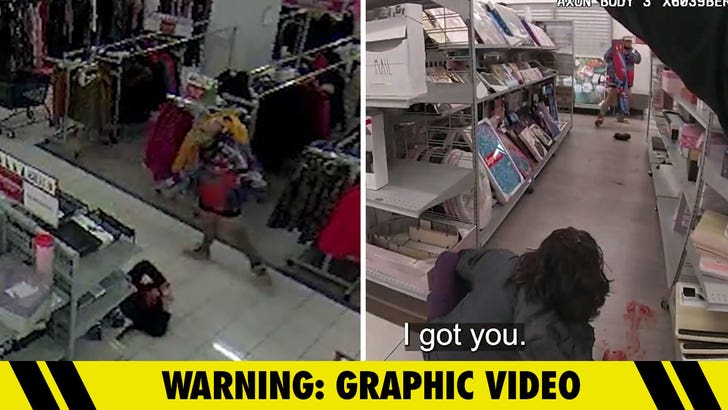 The LAPD just released police body cam footage showing the moment cops fired a round of fatal shots inside a Burlington Coat Factory … killing the suspect and a teenage girl hiding in a dressing room.

The incident went down Thursday at a Burlington Coat Factory in North Hollywood, CA … where police responded to a call about an assault and fatally shot the suspect, who was attacking shoppers with a bike lock and chain. 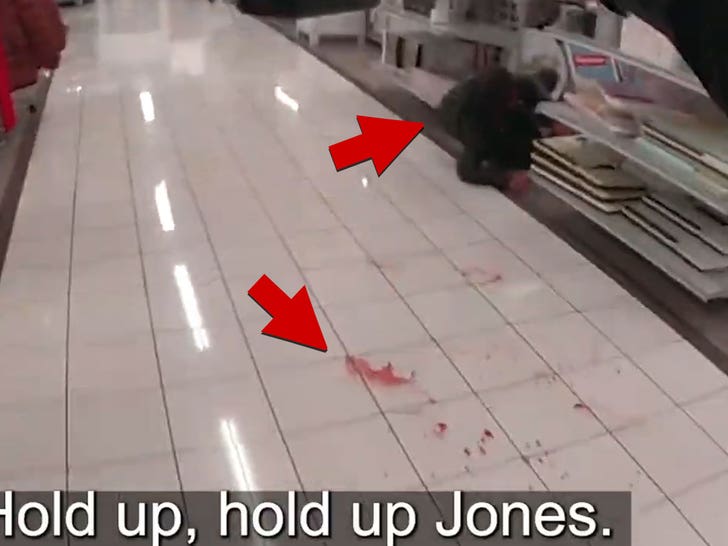 In the police footage released Monday, you see cops armed to the teeth walking through the store in search of the suspect, when they come across blood on the floor and a woman writhing in pain, with the suspect standing in an aisle.

The video shows an officer with an assault rifle firing what appears to be 3 shots … and the suspect crumples to the floor.

However, police say they were unaware there was a 14-year-old girl cowering in a dressing room behind the suspect … and one of the bullets struck her in the chest, killing her. 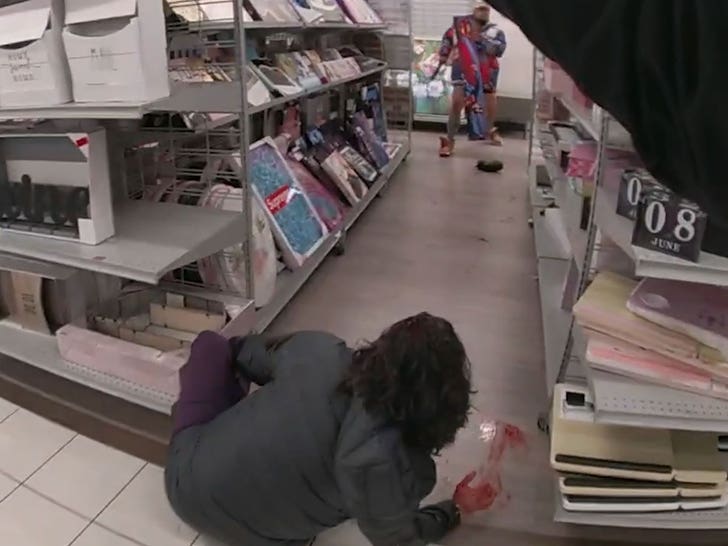 The Los Angeles County Medical Examiner’s Office ruled the girl’s death a homicide. She was identified as Valentina Orellana-Peralta and she was in the store shopping for a dress for her upcoming birthday party.

There’s an LAPD regulation that says an officer can use deadly force against a fleeing suspect if the suspect poses a grave danger to others. In this case, the suspect had attacked 3 women with the lock and chain, drawing blood. In addition, the initial 911 call was for possible shots fired. 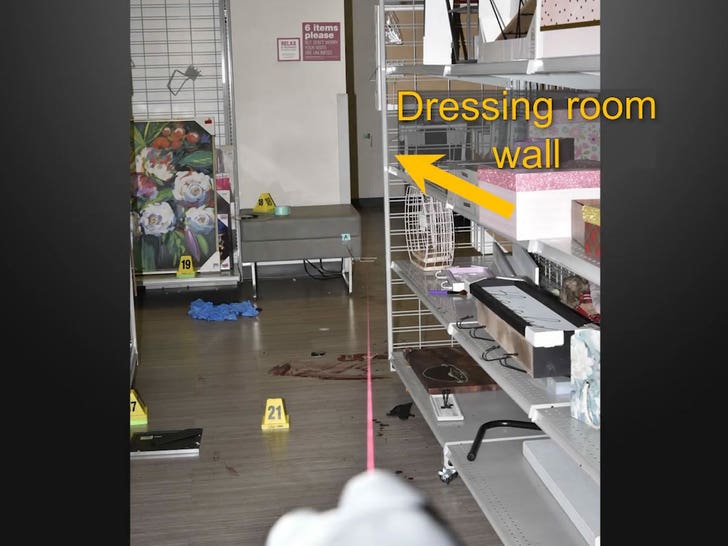 But, there’s another part of the regulation that says when officers use their guns they must be aware of their surroundings. Here, shoppers had been in the store, and the walls — especially those in the dressing rooms — are paper thin. That could be problematic for the officer.

It’s a sad story all around … and the video paints an even bleaker picture.