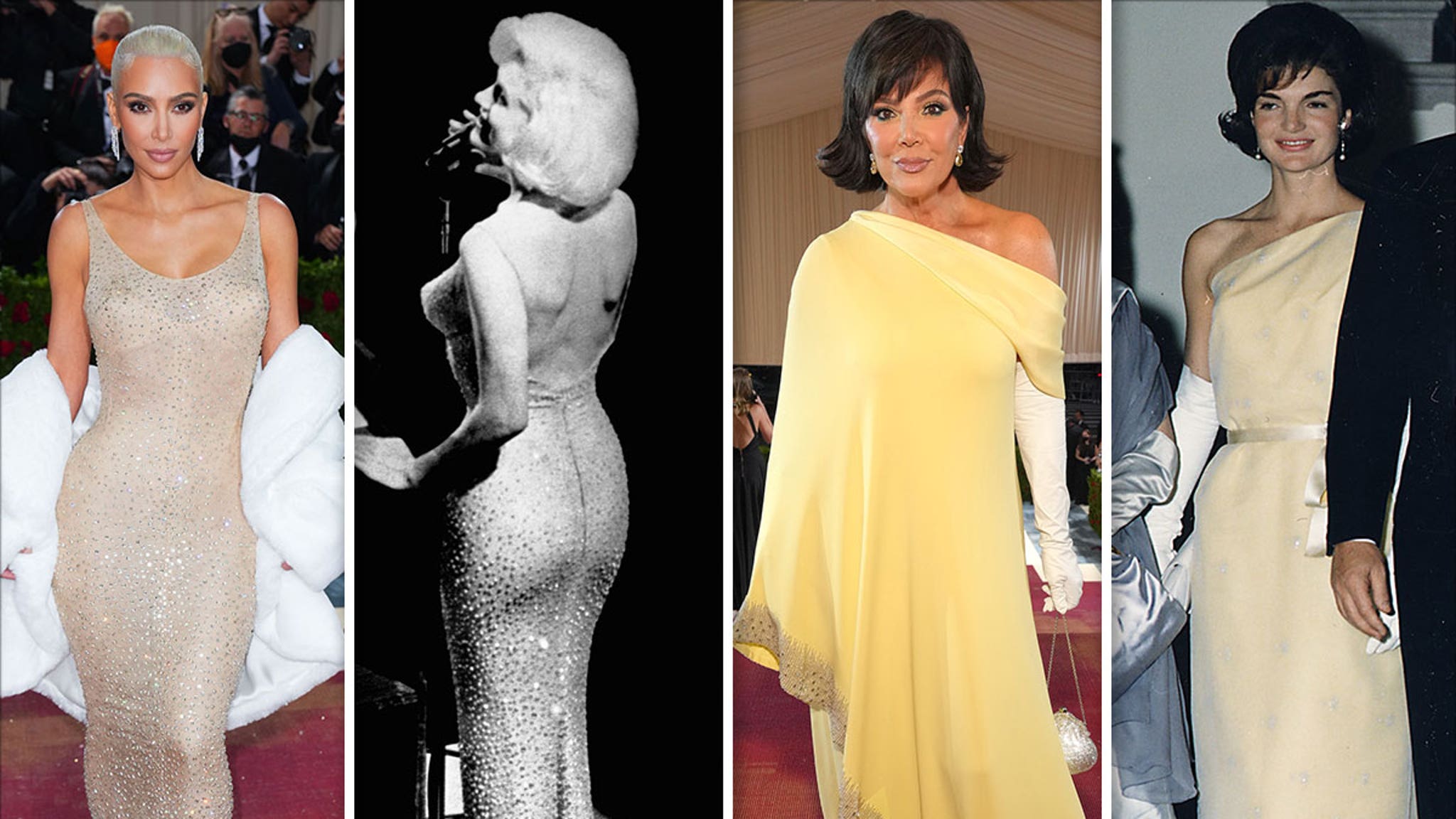 Kim Kardashian and Kris Jenner both looked spectacular Monday night at the Met Gala … but the imagery re-creates one of the toughest moments in the real Jackie Kennedy‘s life. 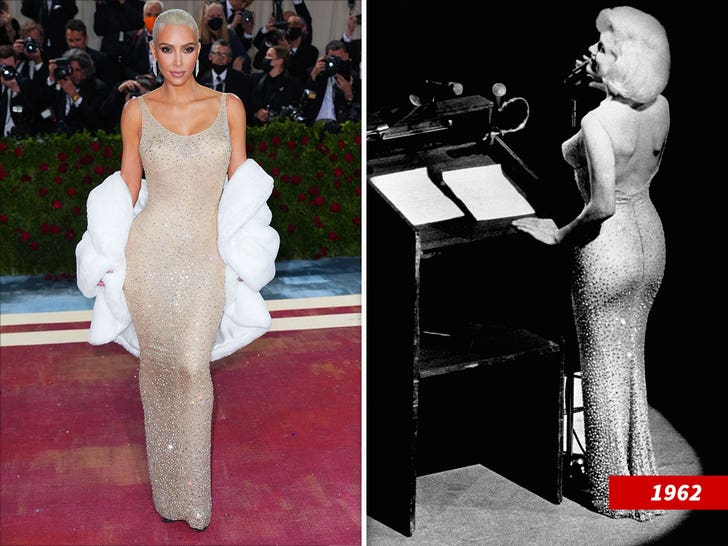 Kim’s dress was the actual garment worn by Marilyn Monroe when she sang a super-sexy Happy Birthday to JFK May 19, 1962 at Madison Square Garden.

It was a secret to the public but not so much in the Beltway … JFK was banging Marilyn (as was RFK) … and everything about Marilyn that night undeniably oozed sexuality. Lots of folks in that circle say Jackie Kennedy was less than pleased … that’s an understatement.

In fact, JFK was also taken aback and shortly thereafter both he and RFK cut off their relationship with Marilyn. The actress was livid and felt used, and even started calling the White House with her grievances. 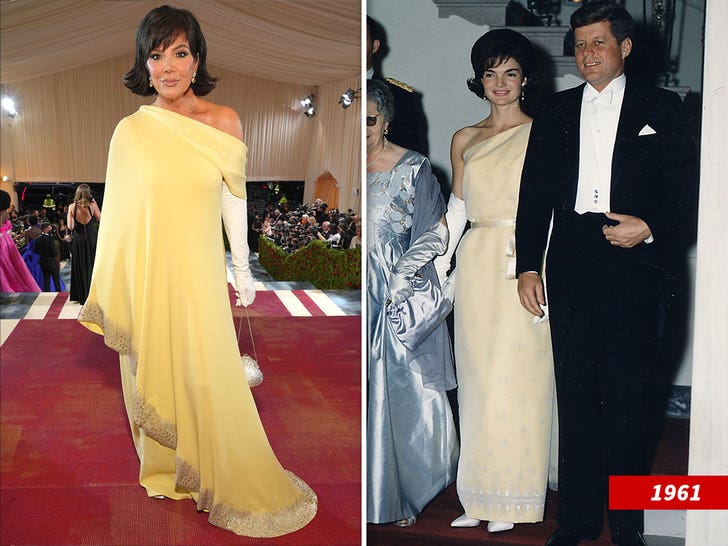 The new Netflix documentary, “The Mystery of Marilyn Monroe: The Unheard Tapes,” gets into the birthday song in-depth and how it affected all the relationships. According to the doc — and there was compelling evidence this is true — Bobby Kennedy flew to L.A. on August 4, 1962, the day she died, and went to talk to Marilyn. Eyewitnesses say they got in a huge argument, Robert left and scurried out of L.A., and Marilyn then OD’d on prescription drugs.

On the other hand, both Kim and Kris dressed up as 2 of the most iconic women in the last hundred years.