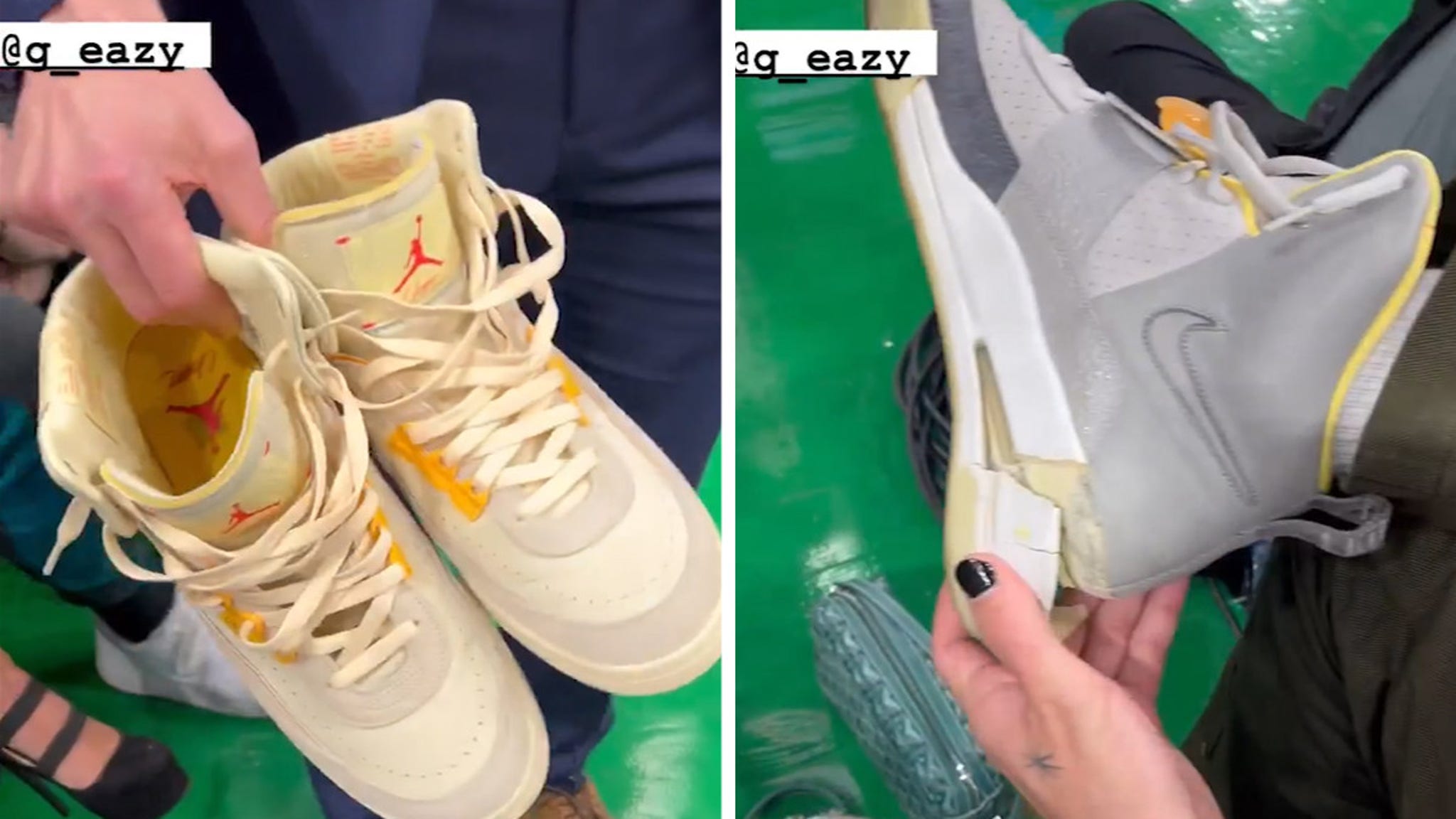 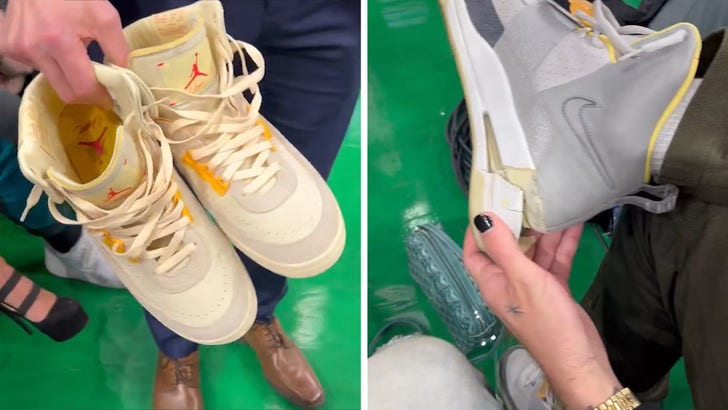 G-Eazy suffered a sneaker catastrophe at the Celtics game on Tuesday — when his expensive and rare pair of Air Yeezys CRACKED on him … but luckily, he had a backup pair of Jordans ready to sub in.

The Bay Area rapper was showing off his Kanye West x Nike kicks in several IG photos before the Celtics tipped off against the Bucks in Boston … when a sneakerhead’s worst nightmare happened.

As it turns out, the kicks completely gave out on the “Provide” rapper during the game … showing off a crack in the rubber outsole.

“One of the last wears I might get out of these babys,” Gerald said on social media … clearly heartbroken over the situation.

And, these aren’t just any Yeezys — these are one of three colorways of the Air Yeezy “Zen” release — Ye‘s first sneaker he made with the Swoosh in 2009, before he eventually switched over to Adidas. 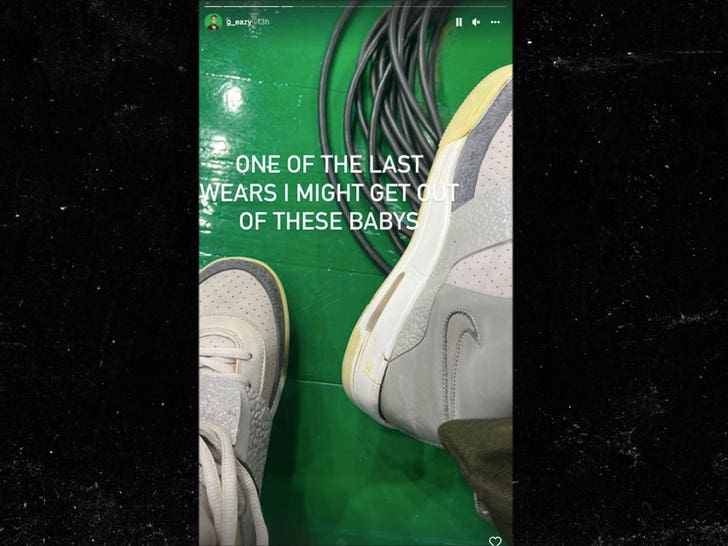 Of course, not everyone wants to give up on the sneaks just yet — one fan responded, “Last wears? Boy give me that s***. I’ll fix em.”

But, Mr. Eazy didn’t have to go home barefoot — it appears his buddy, Walid Samaha, was able to secure some Union LA x Air Jordan 2 “Rattan” kicks and have them delivered right to him at his courtside seat!! 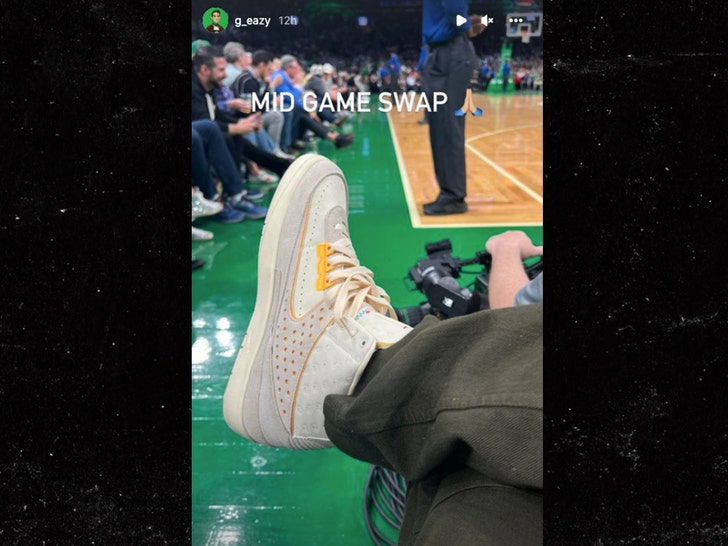 FYI — the Zens cost up to $10k on popular sneaker app GOAT and up to $50k on StockX (in a size 14) … but we’re pretty sure the award-winning rapper will cop another pair.