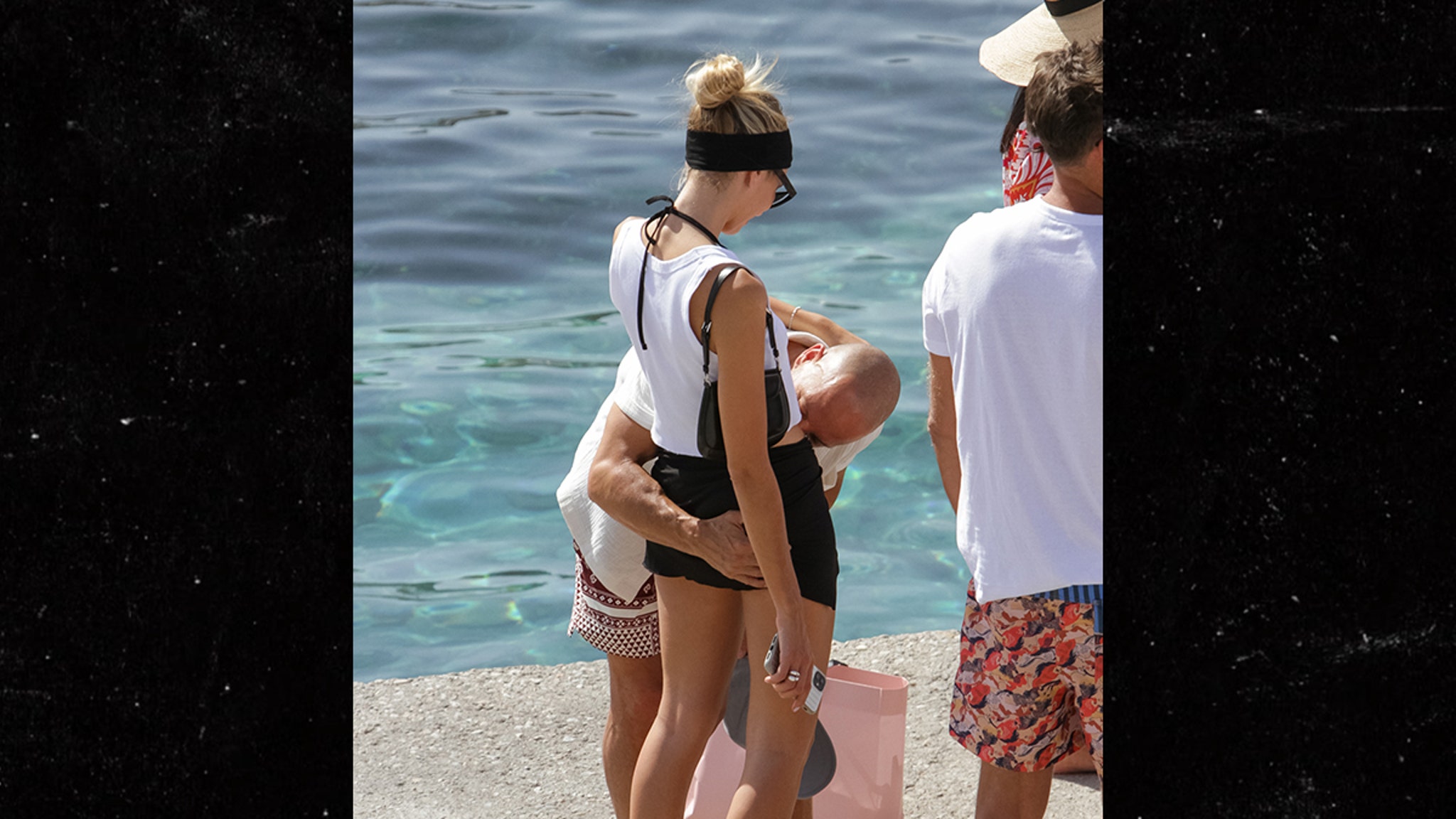 Jason and Marie-Lou Nurk are yachting around Mykonos with fellow ‘Sunset’ star, and Jason’s ex-GF, Mary Fitzgerald and her husband, Romain — and, for some reason, Jason decided to plant some kisses right on MLN’s belly. 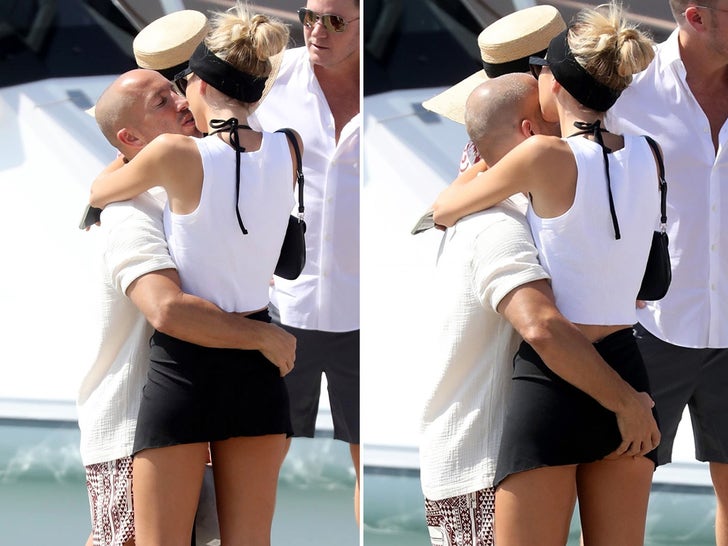 But, we’re sure the universal sign for “we got one in the oven” is misplaced here, because other shots show Marie-Lou vaping … and also, Jason later got a massive handful of her ass. Not exactly giving maternal instincts or parent-to-be vibes! 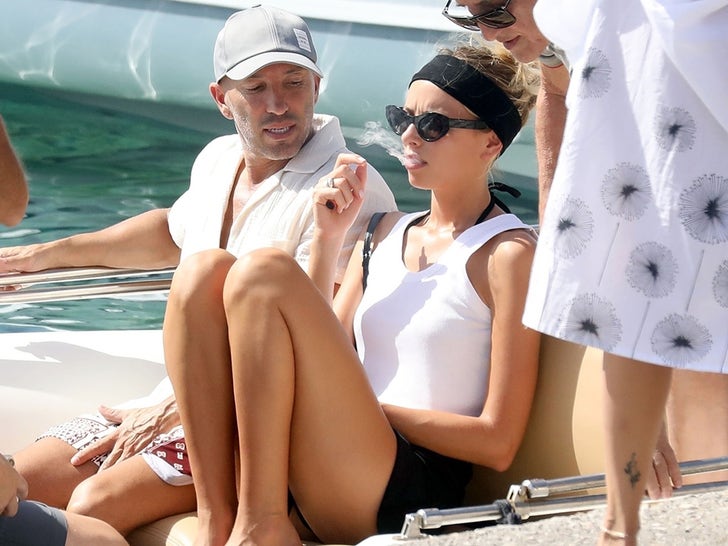 What it is giving is … we’re super into each other. Remember, the couple just made their public debut about a month ago in Hollywood at a Netflix event.

Word is Marie-Lou will appear in the next season of ‘Sunset’ … which can’t be the least bit awkward, considering JO now has 2 exes — Mary and Chrishell Stause — working in his real estate office.

That office holiday party’s gonna be 🔥!!!