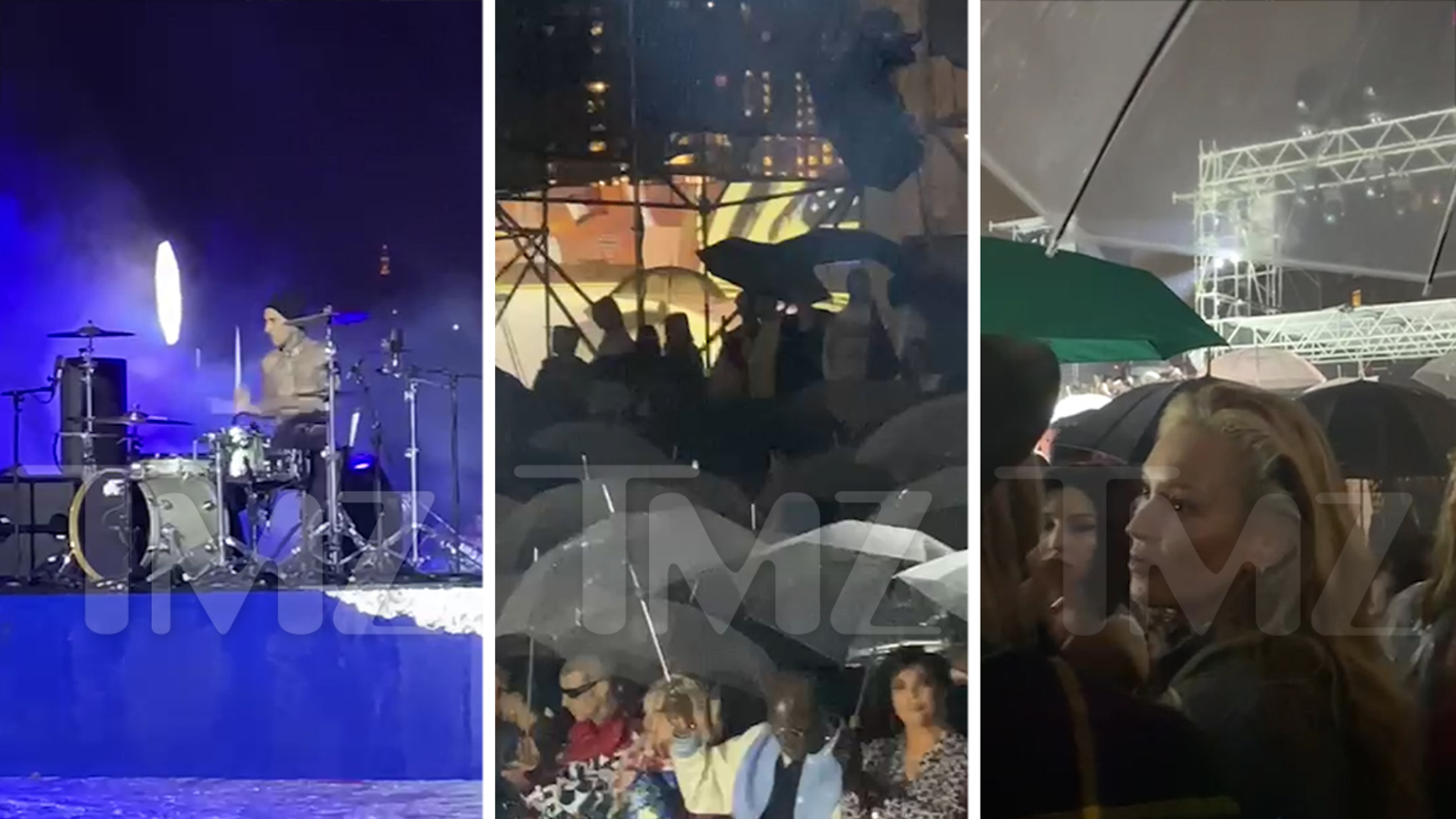 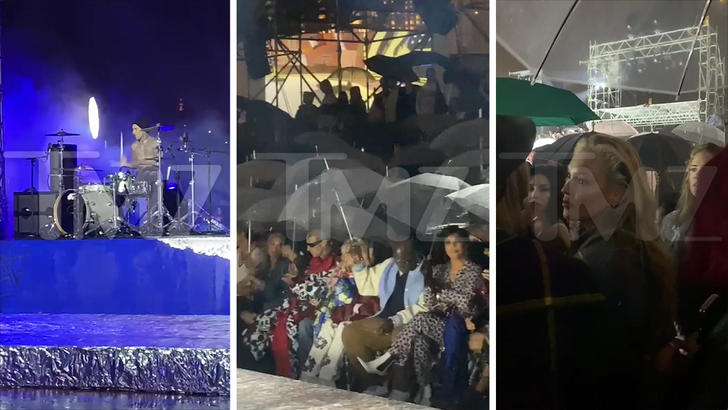 New York Fashion Week was for the cats and the dogs … because that’s how it was raining as the glam crowd — including Kris Jenner — pretended they were having a great time as they sought refuge under a gaggle of umbrellas.

Kris and bf Corey Gamble hit up the Tommy Hilfiger show, along with Kourtney and Travis Barker, at the Skyline Drive-in theater in Brooklyn. What no one anticipated … that it would be pissing rain. 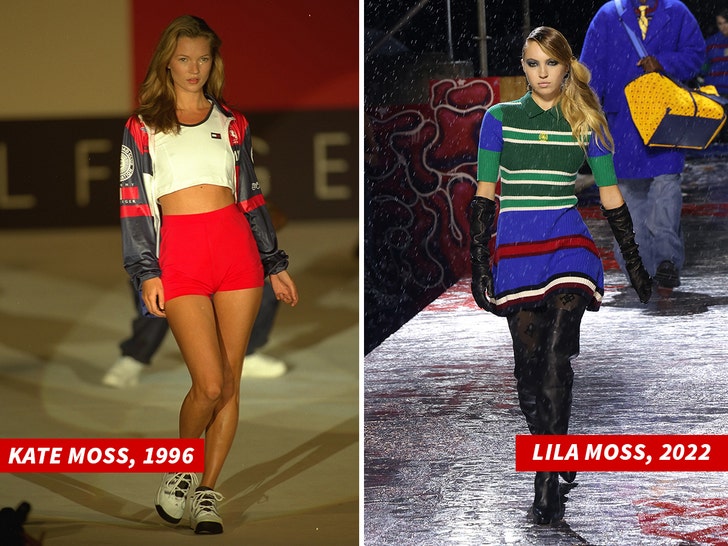 Kate Moss‘ 19-year-old daughter, Lila, ripped the runway. At one point, Travis Barker got on stage and played the drums …. and people caught the beat despite the downpour.

Travis is fantastic, but don’t you think a Rihanna song would’ve been more fitting? 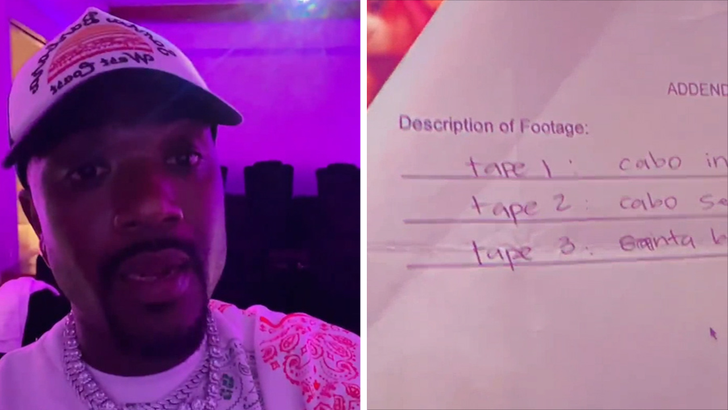 It’s been a tumultuous weekend for momager Kris and Kim K. Ray J was triggered by her lie detector test on James Corden‘s show, proclaiming she had nothing to do with the release of Kim’s sex tape. Ray says there were actually 2 sex tapes and Kris picked the one for release where Kim looked the best.

Ray also showed his contract with Vivid Entertainment, the company that released the sex tape, and said the inventory list was written by Kim herself, and he showed a sample of her handwriting to prove it. Kim has said she had nothing to do with the release.

That all said, it didn’t prevent Kris from having a soaking good time at NY Fashion Week!