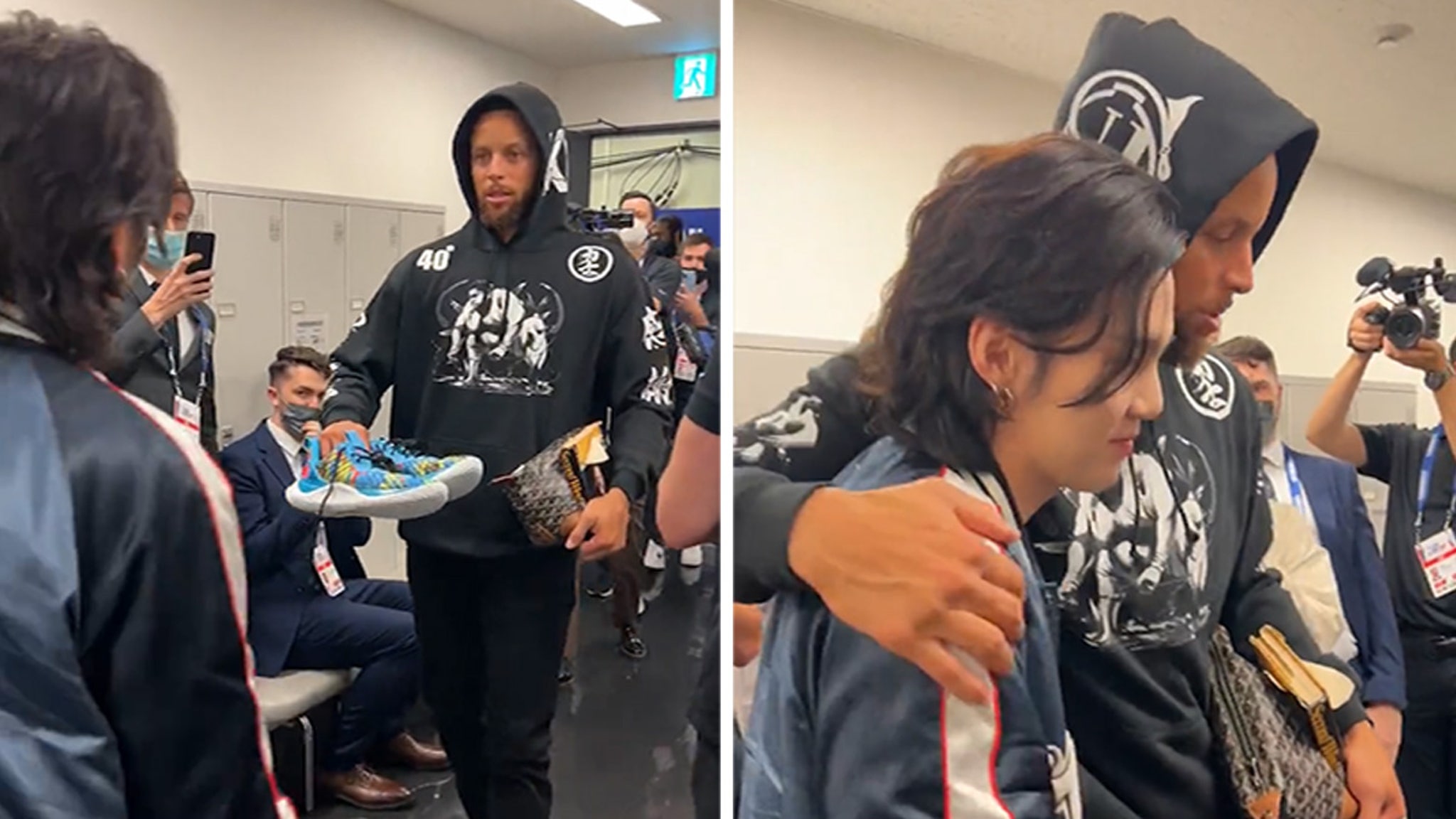 The bromance between Stephen Curry and Suga is continuing to blossom … with the Warriors superstar gifting the BTS member some signed worn shoes after Golden State’s preseason contest in Tokyo!!

As we previously reported, the two have basically become besties during the Dubs’ trip to Japan … with Suga hitting up their practice and handing out signed albums to the whole team, and getting a signed Curry jersey from the 2022 MVP.

The whole hangout was documented on social media … which had the entire BTS ARMY excited the huge basketball fan was getting a personal experience with one of the NBA’s best teams.

The 29-year-old K-pop icon was present for GSW’s 96-87 win over the Washington Wizards on Friday … and after the game, the buds met up for yet another special moment.

Curry decided to give Suga a special sneaker gift … saying, “Here you go, my man. These are the ones I warmed up in.” 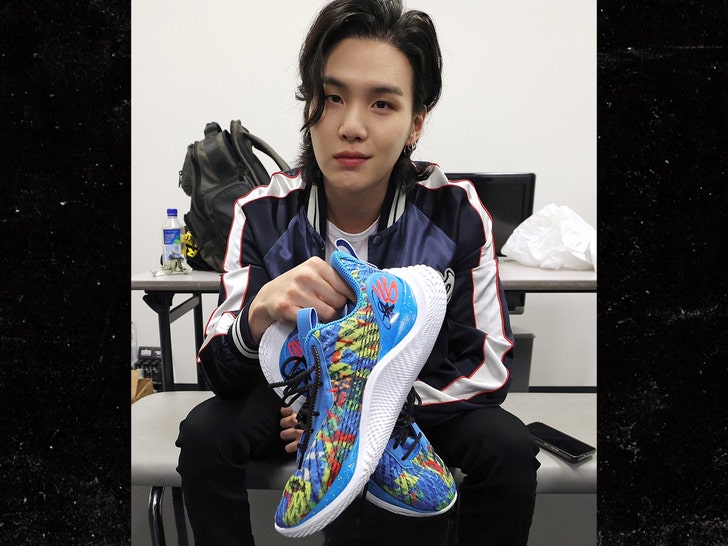 “Thanks for coming. All the best. My kids loved the video, so thank you, bro. Appreciate you coming.”

Suga looked appreciative of the gesture … and we’re sure he’ll take great care of the sneaks.

Despite the natural relationship, we’re told Suga is not a global ambassador for the Warriors like fellow K-pop star BamBam … the dude just loves basketball.