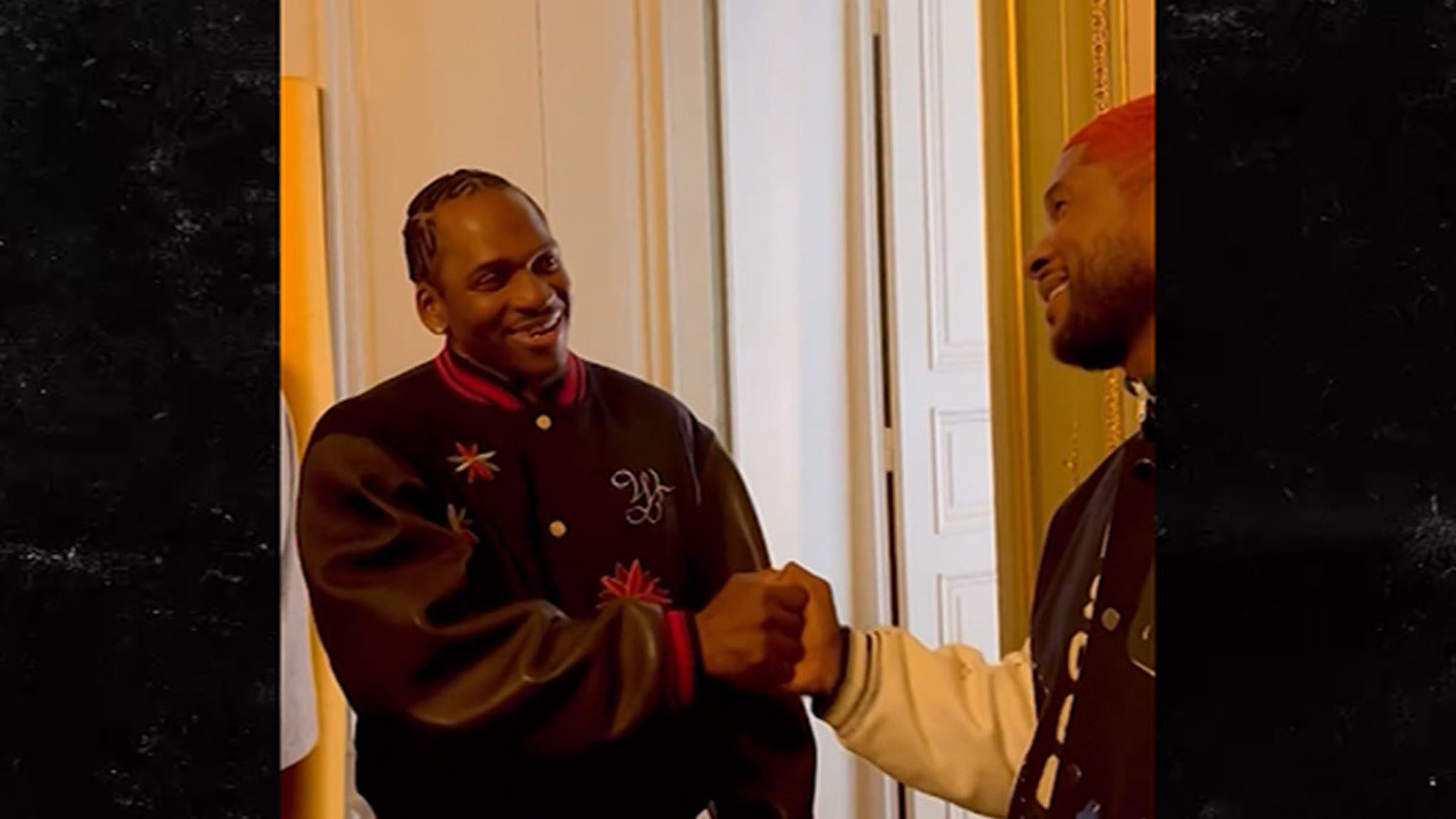 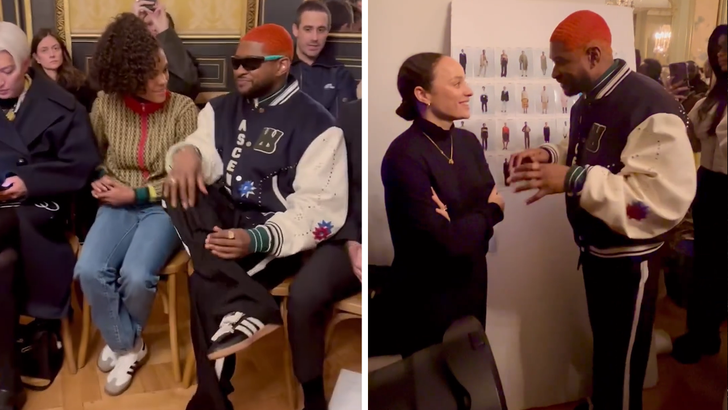 Usher and Pusha T have yet to unify for a record throughout their illustrious careers, but that could change, seeing how eager their convo was in Paris while checking out some fashion.

The R&B legend was at the Wales Bonner Autumn/Winter 2023 show when he ran into King Push. The fellas dapped it up, exchanged pleasantries … and at the end, Ursh told the Clipse rapper, “We gonna make it really happen.”

Push was all smiles and appeared to be in agreement. Get these 2 some studio time and a producer!!!

Usher popped out with a new look! 🍊🤔💯 Y’all feeling the orange vibes? pic.twitter.com/EqieduSINo

The bright orange hairdo Usher’s been rocking for a couple of months finally got the attention it was seeking with the string of international posts — and as you can imagine, the IG haters have been roasting him like a chestnut at Christmastime.

Tuesday marked a big day for Usher outside the fashion show … his Lovers & Friends Festival announced a blistering lineup with Missy Elliott, 50 Cent, Chris Brown, Bow Wow, Omarion, Soulja Boy, and way too many other superstar names to list in this sentence.

The fest goes down in Vegas this coming May … setting the stage (and pressure) for Usher and Push to come up with something hot before then!!!