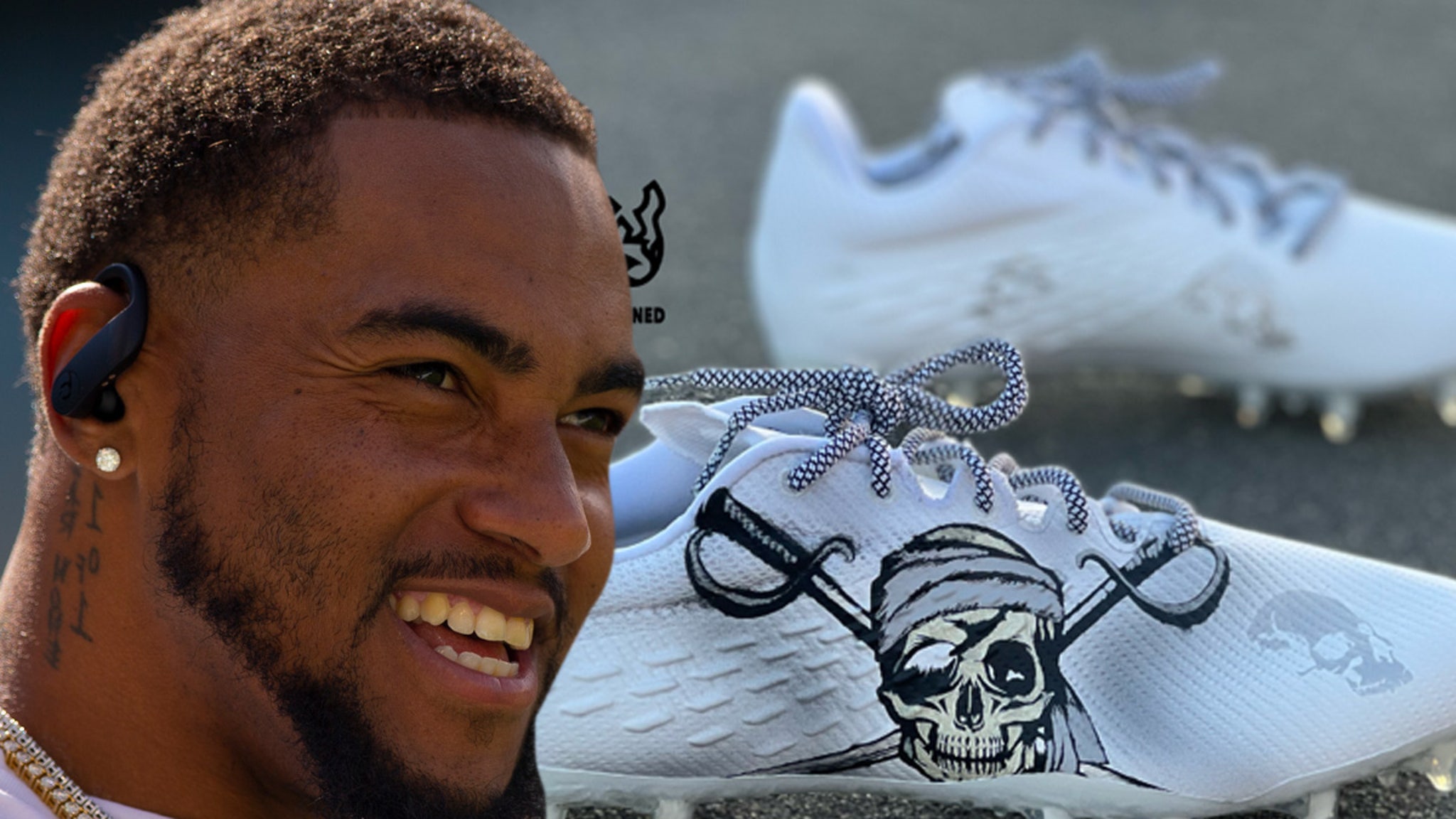 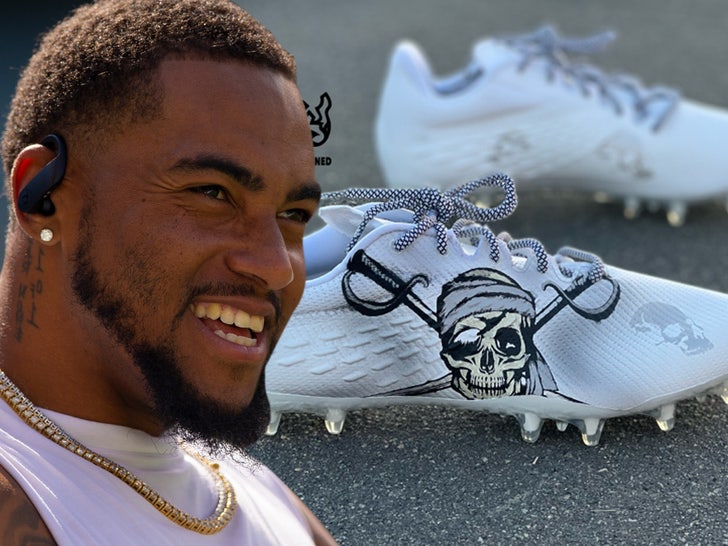 There will be no more blue-and-gold cleats for DeSean Jackson — the former L.A. Rams wideout is a Raider now … and he just copped some dope skull-and-crossbone spikes to celebrate the move!

TMZ Sports has learned … the receiver hit up his go-to artist, Joe Castro, just days after he was released by the Rams and signed with the Las Vegas Raiders.

Castro tells us the 34-year-old wanted a “new team, new cleats” theme involving skulls for his first game as a Raider on Sunday — and the shoe expert delivered. 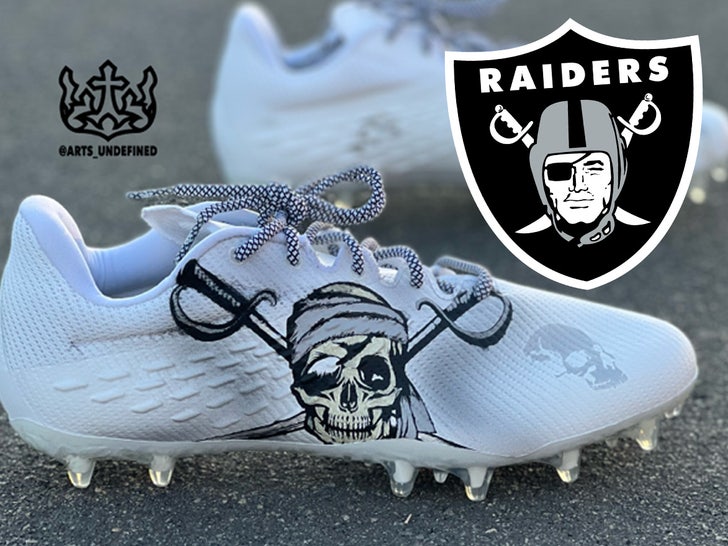 The kicks feature a silver-and-black image of a skull rockin’ a black patch over its right eye with two swords crossed behind it — just like the Raiders’ logo.

On the other side of the white Under Armour cleats is another scary skull figure in front of two intense blades. 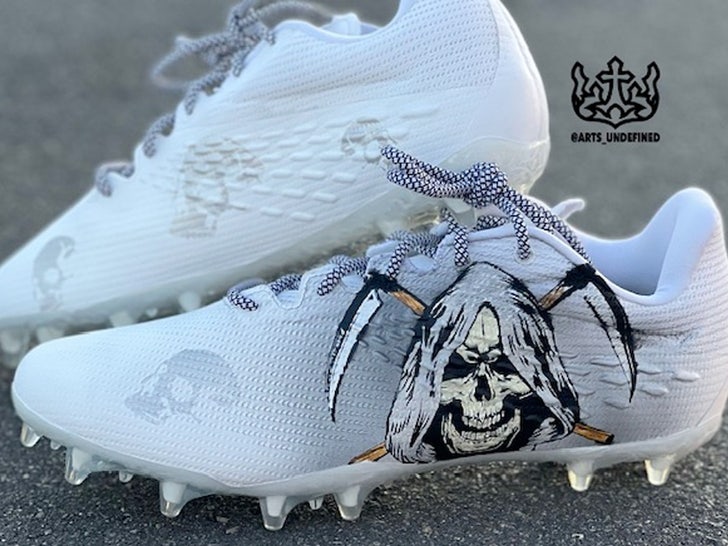 Castro — who’s made custom cleats for DJack for several years — says it only took him a couple of hours to make.

Jackson had requested his release from the Rams after only catching 8 passes for 221 yards and 1 touchdown in 7 games this season.